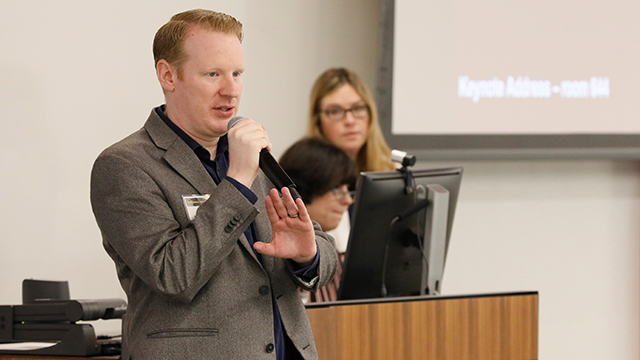 A pilot program in Jackson, Mississippi has raised concerns over expectations of privacy in America. The program would provide law enforcement with the ability to to follow up with images and video once a crime has been reported. The Center for Law, Science and Innovation Executive Center Director Josh Abbott sat down for an interview with KJZZ to discuss the impact this program could have on privacy law.

While the program raises no red flags immediately as it is voluntary to those who participate in turning over the footage, Abbott emphasizes that there are some legal concerns that are raised when focusing on privacy and civil rights. This all depends on the way the data is collected, how it is used and the transparency of the process.

“There are definitely political concerns that could turn into legal concerns,” Abbott said, “especially if or when the police start using some of that data in their investigations or starts being presented in court that then you would get into the legal concerns and potential legal challenges to it.”

One aspect of that Abbott mentioned could become an issue is the ease that police can now access personal information. Before it came with a great cost of money and manpower, but the advancement of technology has made it easier for information to be accessed. There is an issue with the lag of legal protections as technology advances quickly, making it difficult for the law to keep up.

He discussed a project at ASU that looked into what is called the pacing problem. What was found during this project was the pace of change in technology accelerating while the laws ability to respond is diminishing, there is now a gap between what technology is capable of and the ability to adapt.

“I saw this every day when I was in private practice in DC,” Abbott said, “I would say the majority of the work I had there stemmed directly from the fact that the laws and regulations were written for technology that was 1020 years out of date. And that’s just the reality had changed.”