China’s Noncompliance with the 2020 U.S.-China Agreement

In January 2020, Donald Trump announced an executive agreement with the People’s Republic of China, which the USTR characterized optimistically as “historic and enforceable.” The so-called “phase one” deal resulted from negotiations after Trump imposed billions of dollars worth of unilateral sanctions on China without resort to dispute settlement under the WTO Agreements.

Under the deal, China committed to remedying some intellectual property practices objectionable to the United States, increasing market access in agriculture and financial services, and refraining from currency practices the Trump Administration considered unfair. In addition, China agreed to use its power as a planned economy to increase imports of U.S. agricultural products, oil, and natural gas by at least $200 billion per year. For a more complete summary of the deal, click here, or for the actual text, click here.

However, by June 1, 2020, China halted purchases of U.S. soybeans, oilseeds and pork in violation of the agreement, in an attempt to pressure the United States to desist in supporting Hong Kong. In fact, U.S. exports to China are now lower than they were in 2017. Moreover, due to COVID-19, Chinese demand for U.S. energy greatly decreased, and China has not bought the promised quantities of these, either.

Notwithstanding the USTR’s touting of the “enforceability” of the agreement, the agreement provides for nothing more than forceful than further negotiations in response to a complaint by either party. China’s noncompliance is therefore continuing with no adverse consequences. 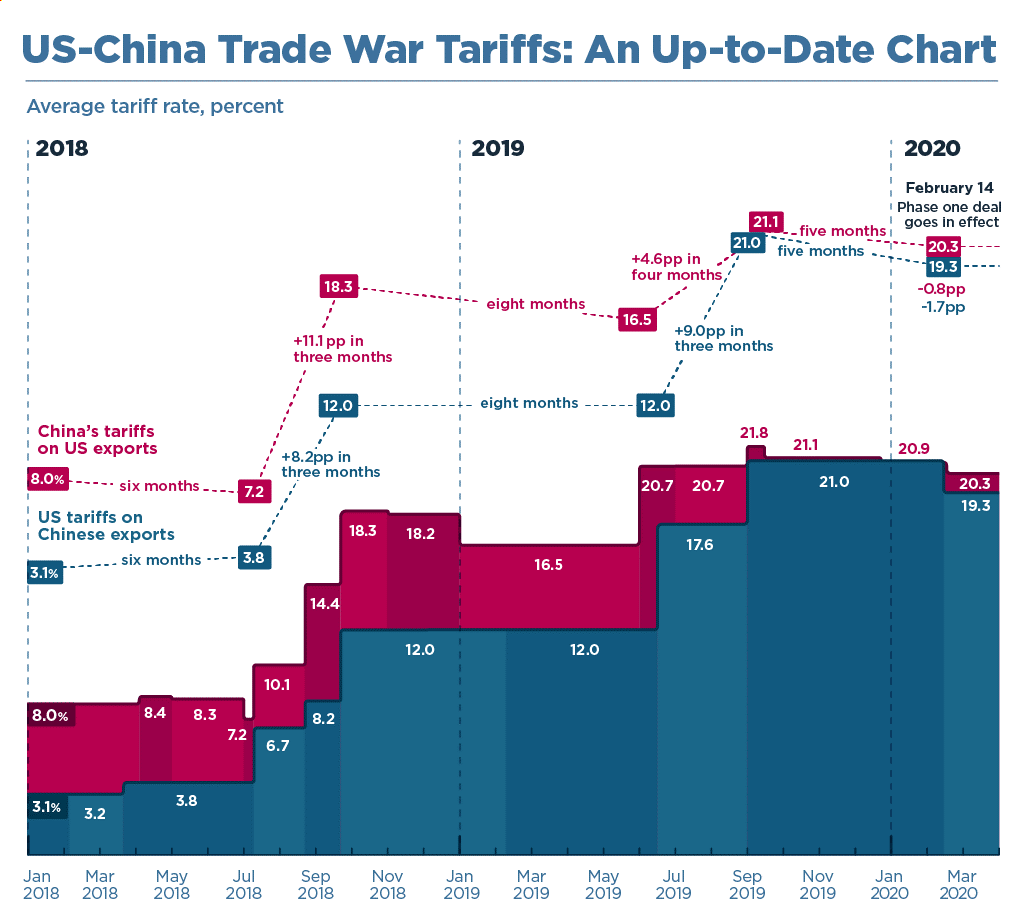 China’s Noncompliance with the 2020 U.S.-China Agreement